New York City’s FC has not announced news of a new stadium, but prices have already increased without warning. Fans are frustrated with the lack of information and some are even reconsidering renewing in 2020.

Ticket prices for next season have risen as much as $40, leaving fans feeling a little blindsided. This season is not bringing in as many fans as the team would have hoped – ranking them among 9th best in the league at an average attendance of 20,420 fans per game, down from the previous season’s average attendance of 23,211. In addition, the team has been playing at Yankee Stadium in the Bronx, since there has been no announcement about a new stadium to call home.

Fans took to social media to express their concern with the direction the team is headed. 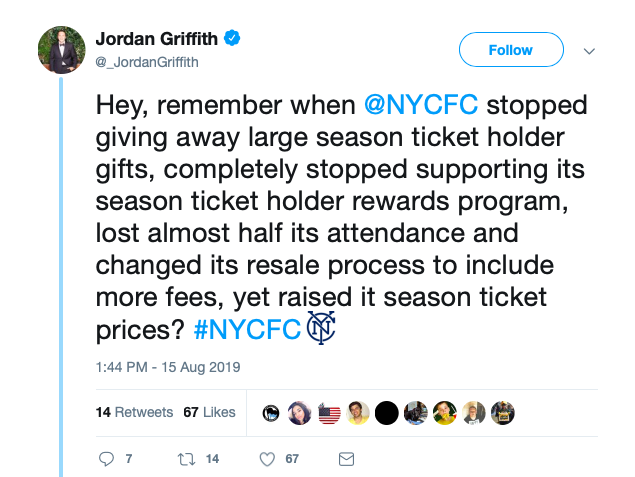 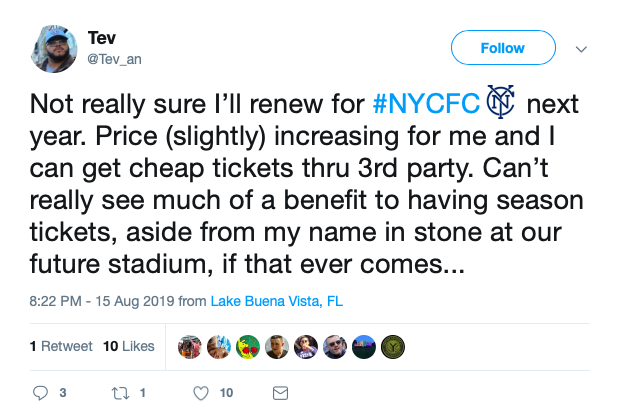 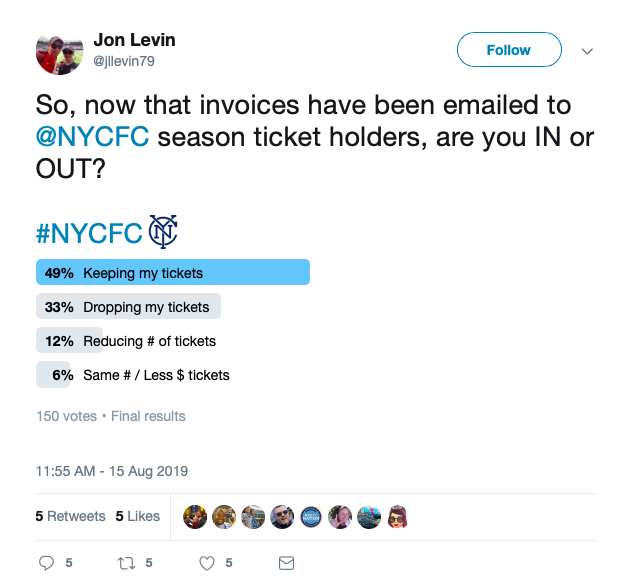 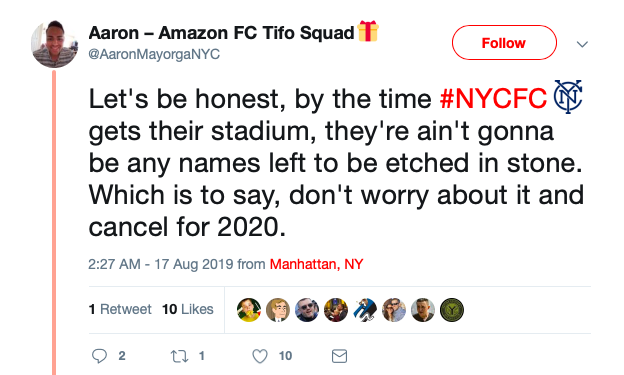 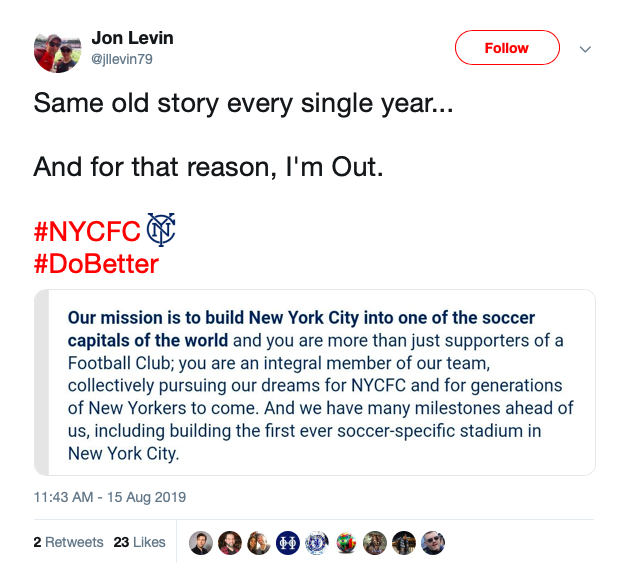 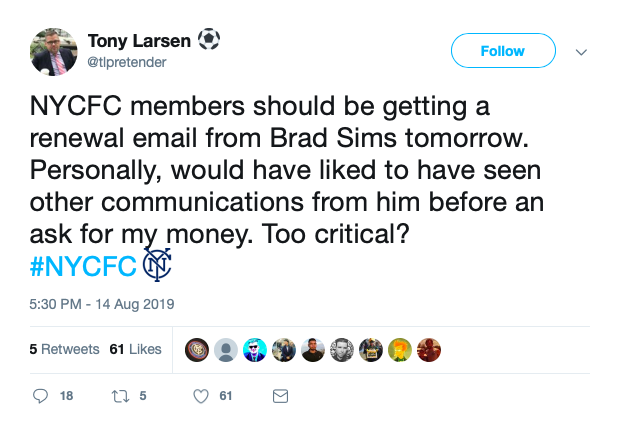 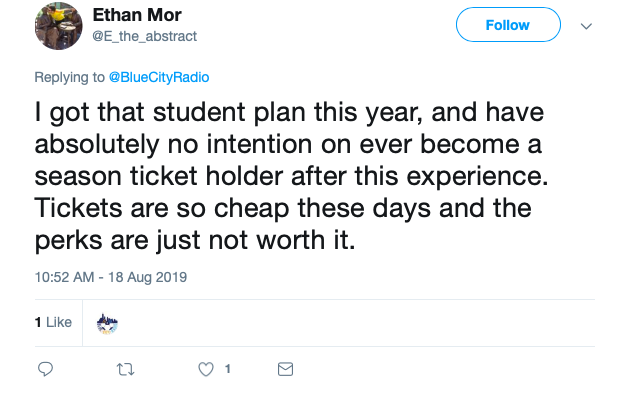 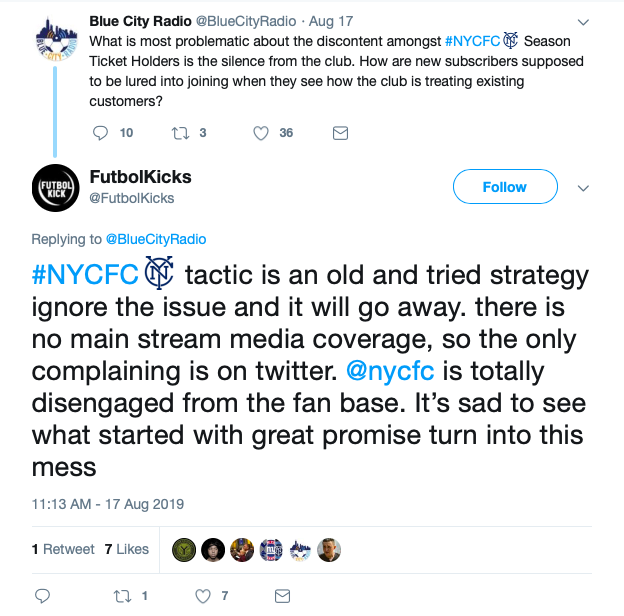 Each year, the club seems to be losing members, but officials have stayed silent. Fans are wondering if NYCFC will actually be transparent and address the issues at hand, or continue to brush it all under the rug.

Nonetheless, the team is performing well; currently, they’re 12-5 and are ranked third in the Eastern Conference, falling only behind Philadelphia Union and Atlanta United. This Saturday, they’re slated to take on NY Red Bulls, followed by games against Vancouver, New England, and Toronto.